Blitzkrieg Bots... Behind The Music

- May 13, 2013
You probably have to be a pretty big Ramones fan to watch this interview all the way through, but in case you're interested in the primary inspiration behind last week's 'Blitzkrieg Bots' strip, it was this old call-in Ramones interview that's currently on YouTube. The Ramones were still so new that people really didn't know what to make of them and most of the callers seem to give them a pretty hard time. But people hating on the Ramones only serves to endear them to me even more, so I think it's a pretty great video. And it's hilarious too - with lots of great lines: "How's life now that you got some money in your pocket?" "Where's the money?" "Where's the pocket?", or, "The bee bee gun? Yeah, that dates back a hundred years to biblical times". It's got all the stuff... and more!

Shout out to the best Ramones Fan Page on Facebook! I think that's where I first saw this interview. Thanks so much, Mal, for sharing the strip! 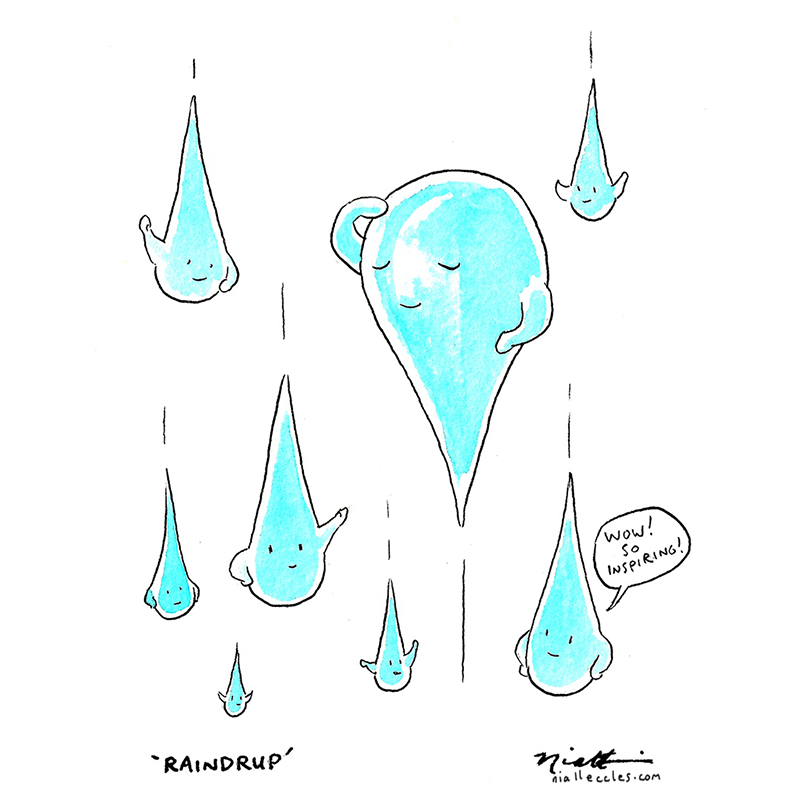 If you happen to be having a rainy day, don’t let it get you down! 💧
Read more