Character Count #1: 7 Things You Can Expect From COTD in June 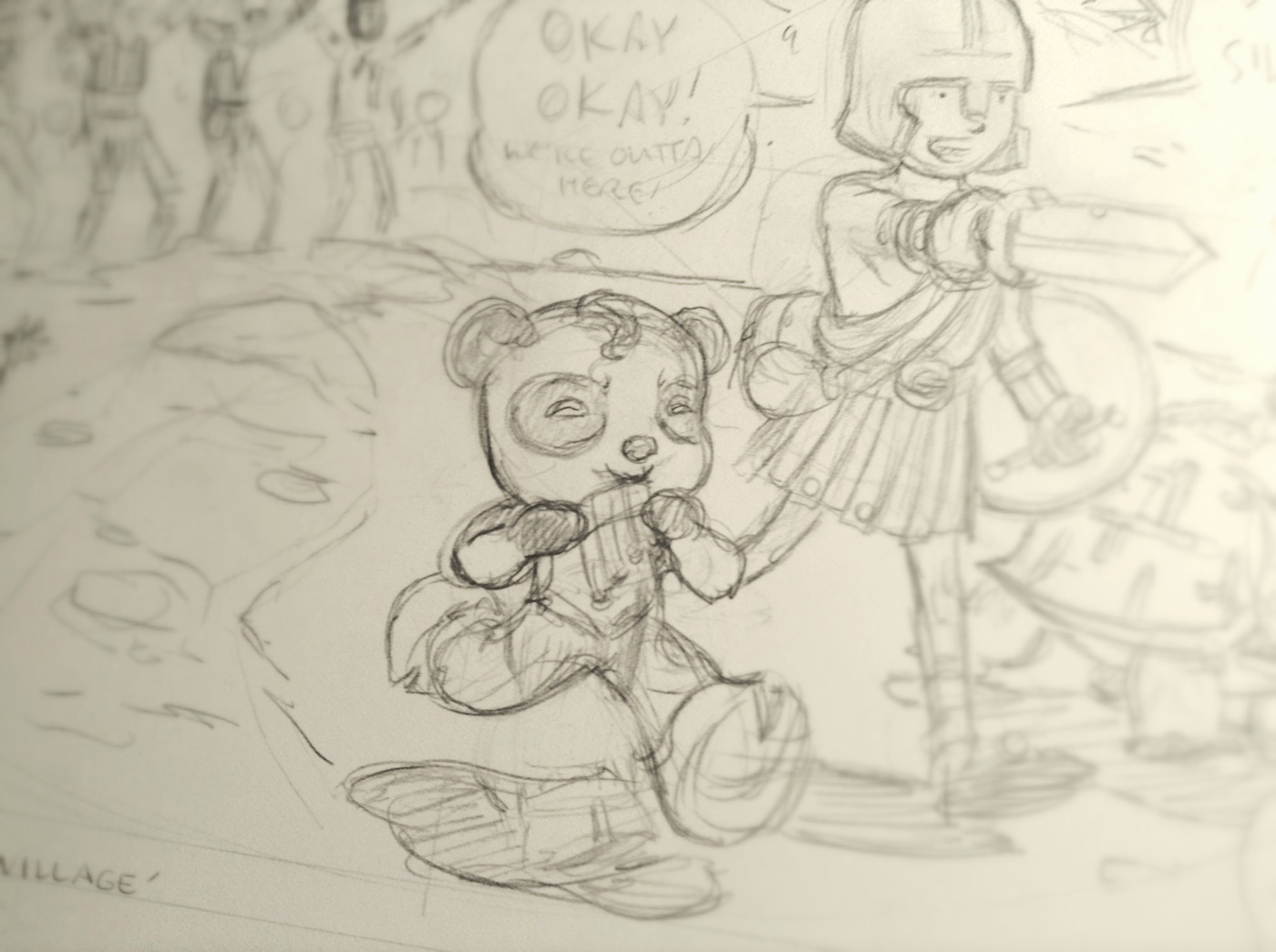 Welcome to a brand new feature here on Character Of The Day: 'Character Count'!

I know I generally allow COTD's daily cartoons to do the talking for me, but in this regular Tuesday feature (Seriously - it will be regular! It'll be once a week at least! Stop giving me that disbelieving eye, you!), it's way different.  Here, as in the daily cartoons, there are plenty of different characters involved - except in this case, they're the kind of characters that make up words, which in turn constitute sentences and paragraphs.  You know - letters, numbers, etc.!

Character Count will certainly provide updates and news about Character Of The Day and what you can expect from the project in upcoming days, but I'd also from time to time like to use this space to express more wide-ranging thoughts on cartooning, and on creativity in general. And if there's any interest in talking about the nuts-and-bolts of specific cartooning techniques - things like penciling, inking, painting - even the digital side of things like scanning or cleaning - I'm more than happy to talk about whatever it is I think  I might know about any of it. I'm hoping you might have some process tips to share as well and chime in with some writing or drawing pointers sometime - because, you know, there's no right way to do any kind of cartooning, and it's possible to learn something from everyone. I'd like to keep on improving Character Of The Day as best I can, so yeah, I'd definitely be pleased if these posts fostered discussion about writing and drawing. If there's any subject along those lines that you think you'd like me to address (or demonstrate), just let me know!

Well, I will tell you: plenty!

1)  First of all, it's summer, so that means big, bold excitement and adventure. By that, I mean Character Of The Day will be working in more stories - things that you'll, hopefully, be able to follow week to week with a minimum of confusion! For one thing, The Myth-Illogicals have begun their epic quest - something I hope will be a summer-long adventure for that little crew. And tomorrow (Wednesday, May 28), Character Of The Day begins its very first 'Feature Presentation.' What does that even mean? You will see! I'm very excited to present it.

2) Second of all: you can count on 'five-ness.' In general, COTD has been able to get five characters posted a week lately. If not five a week, then it's certainly been five-ish. But my simple promise is that I'm trying to keep it consistent and regular and if I miss a day (as necessarily happens sometimes) then I'll do my level best to make it up before the week's end.

3) Frames! I've been taking steps to make proper objects out of Character Of The Day's original art and a bunch of framed pieces are nearly done. You'll see them soon! Coming to a wall near you! Special thanks to my Dad and his mad woodworking skillz to help make these frames a reality! Here's a sneak preview... 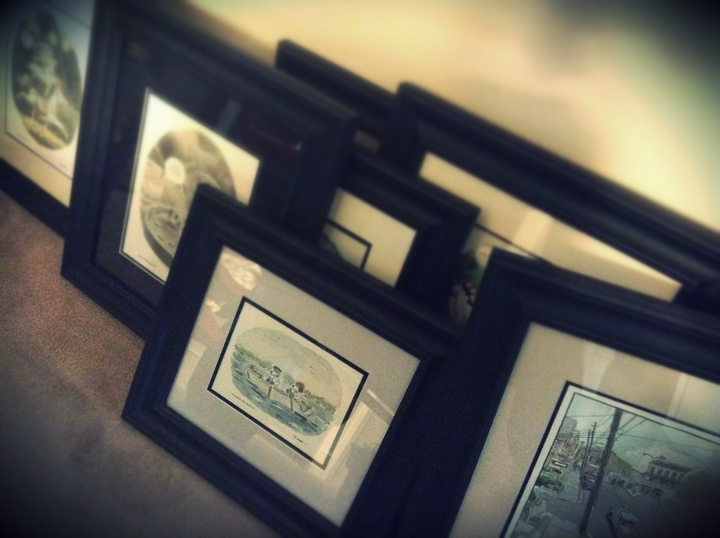 4) Art Among The Ruins! This is an art show in Newburgh, Ontario, on June 15 that promises to be really amazing! I'll definitely write about that in its own post sometime soon, but what I can tell you now is that it's located on the banks of the Napanee River by the ruins of an old paper mill, next to a cascading waterfall. It's total fairy-forest country and definitely worth the drive (just fifteen minutes North of Napanee). The show will feature over 50 artists from the region - I'll be doing live sketching there, just in time for Father's Day! Check it out - pretty gorgeous! 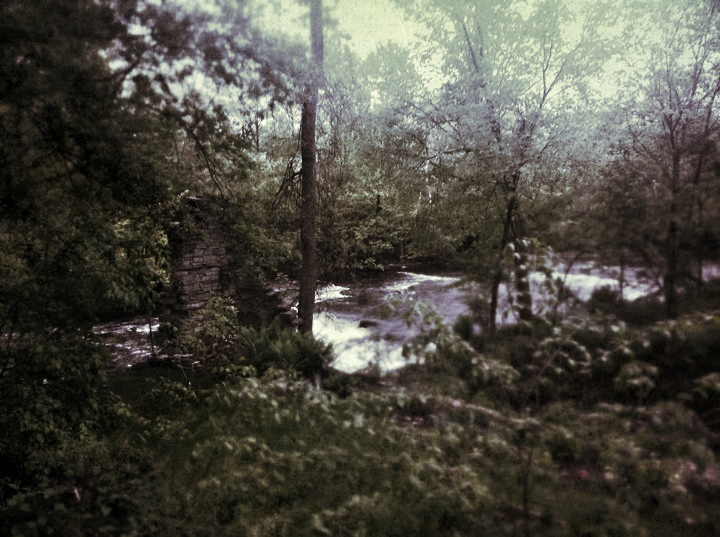 5) Plus! Also coming very soon: a launch party! That's right - to launch... what, exactly? And where will it be? Well, again, not to be too coy, but you will see, my friends, you will see! Proper announcement to come.

6) Furthermore: it's been a while since COTD had a contest to win some original art. Well, there will definitely be another one by the end of June.

7) And finally, this week, for SURE, you will definitely learn what is in that package for Kelly that Henry has taken it upon himself to open while she's away! What could it be???

Anyway, this has been the very first 'Character Count' - on the Character Of The Day blah-blah-blog - thanks for reading!