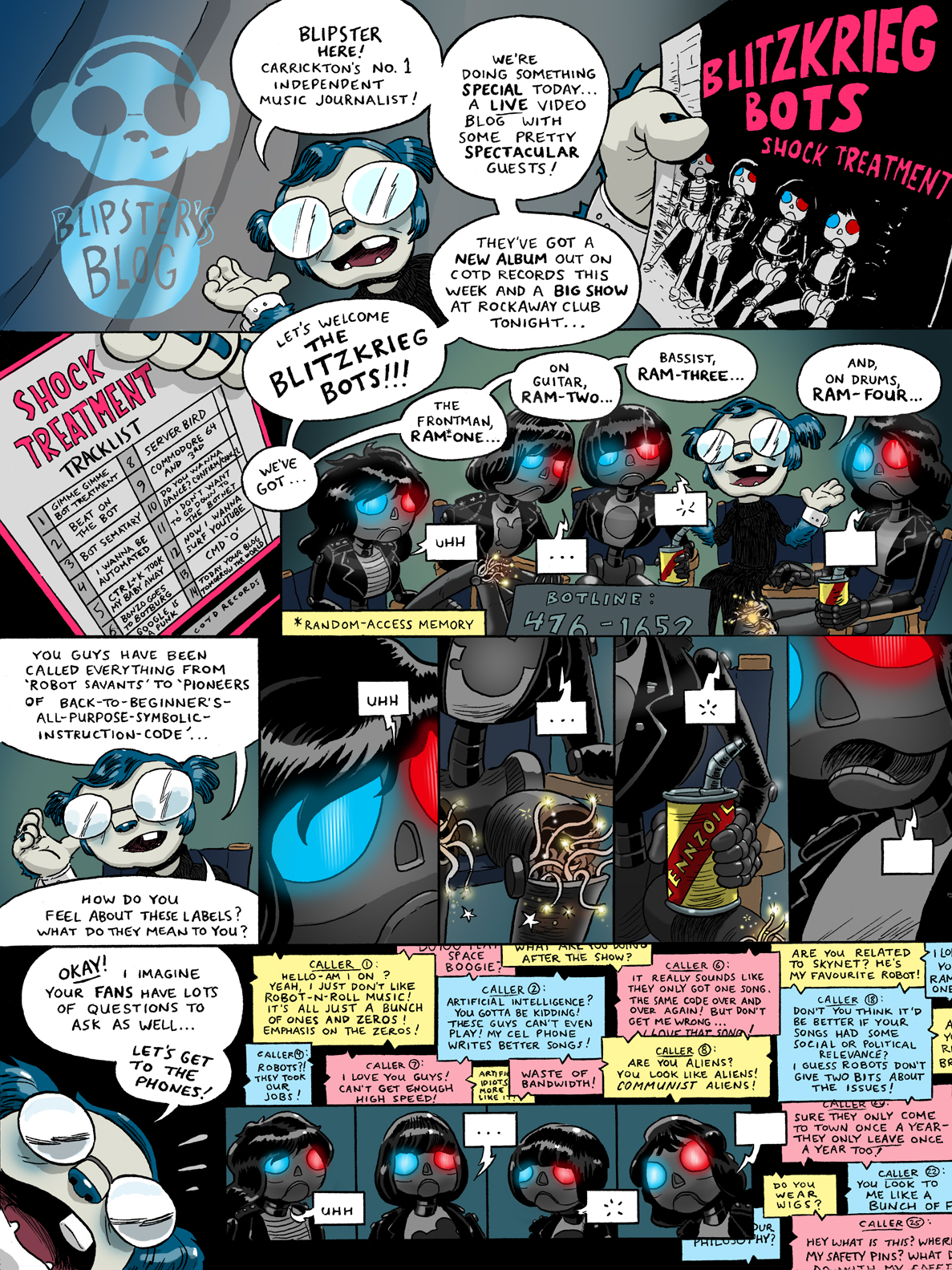 Also, this post somewhat serves as the official launch of Character Of The Day's new 'Blogger' blog - thanks for checking it out! Ever since I tried to update my old Wordpress blog and, uh, accidentally ended up deleting all of the content (yeah yeah), about a month ago, I've been slowly trying to fix this new place up a bit. Mostly I've been re-introducing the content from the old blog a little bit at a time with a daily feature called Character Of 'Back In The Day' - that's why you'll see so many older cartoons here mixed in with the new ones. In the meantime, all of that older content can also be found in the Facebook albums.

A note about our blue hipster here: Blipster's one of the first COTD characters, dating from July 24, 2010, and appearing on the old COTD blog (and on Facebook) back on Sept. 9, 2010.

Also: thanks to Andy and Gavin for their help in coming up with the tracklisting for the Bots new album. 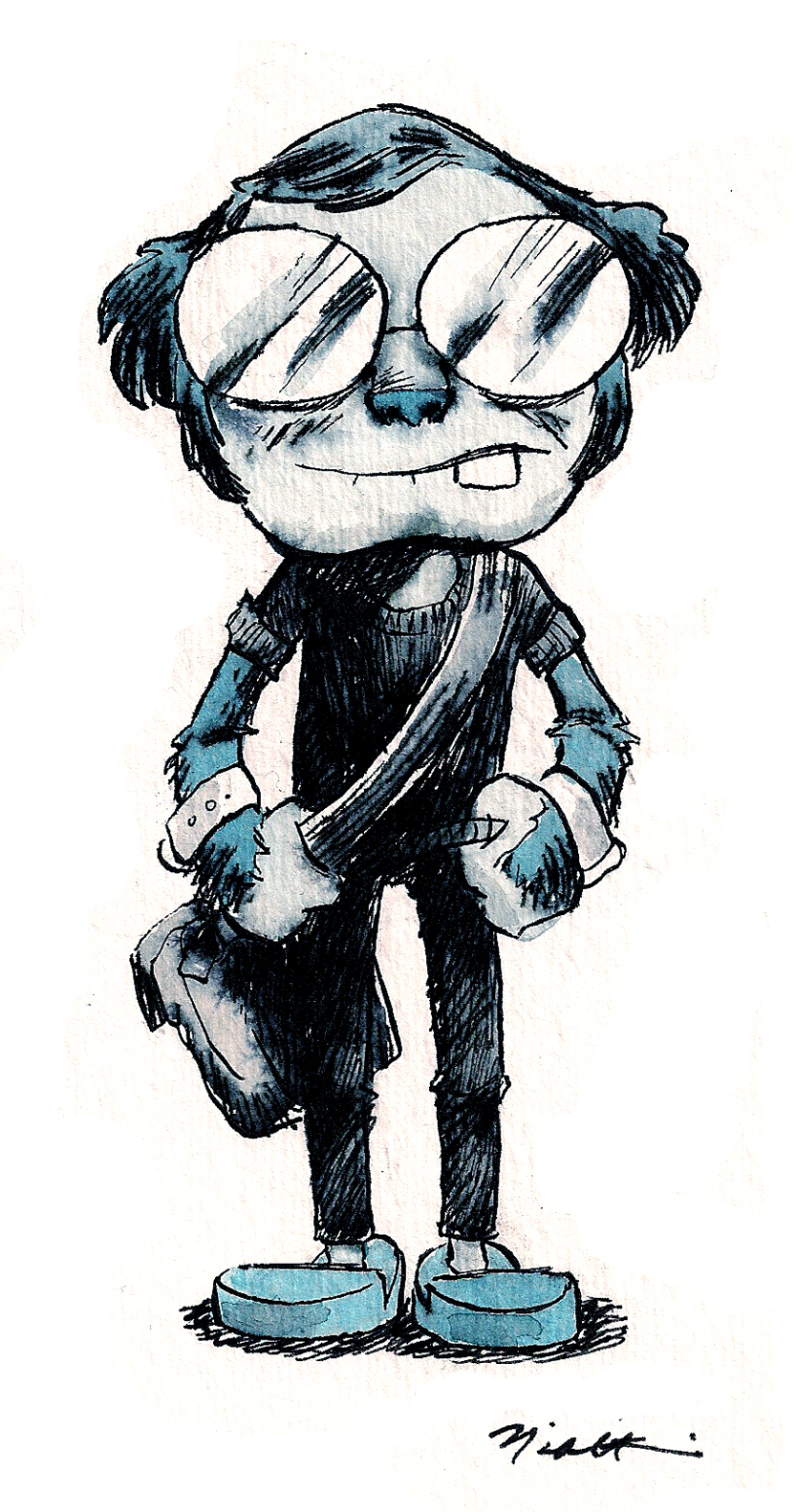