Character Of 'Back In The Day' - Rumble Bear - In Stunningly Stupendous 'STARE-O-VISION!' - 3D with no glasses! 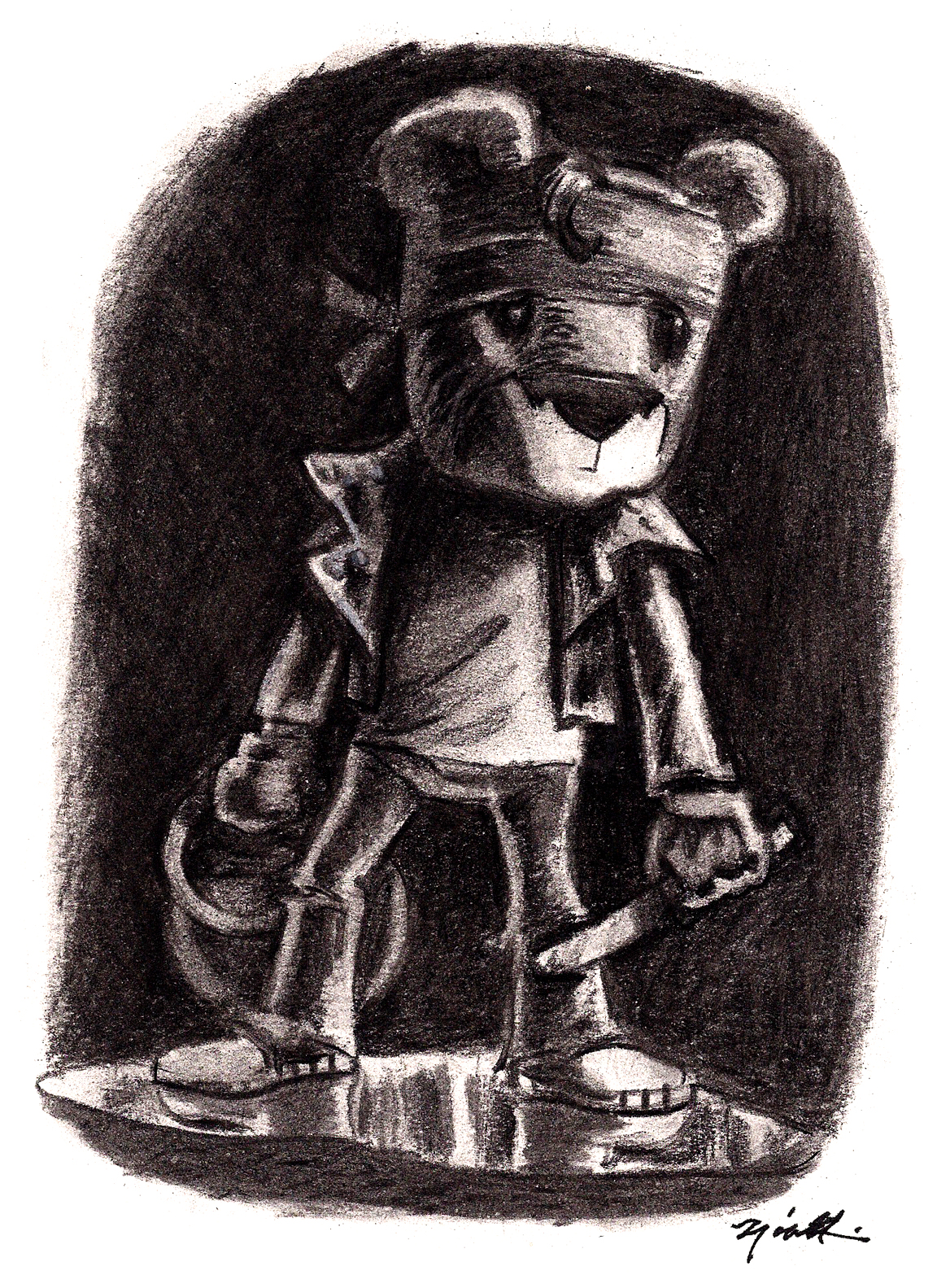 Rumble Bear in 'The Big Rumble'! In stunningly stupendous STARE-O-VISION!

Which is to say: it's possible to view it in 3D... without glasses!

Here's how you do it:

1) Relax and let your vision 'go double.' (If you find this difficult, practice by looking at your finger and focusing on something in the background beyond your finger - in the foreground of your vision, your finger should 'double').

2) Now, concentrate like mad and, in your vision, bring together the doubles of both the left and right versions of the strip so that they form an overlapping third column in the middle.

3) Allow a second or two for your eyes to adjust. The middle strip should now appear in STARE-O-VISION! There's no hidden picture here - elements should simply appear at different depths.

Give it a try! Have a great mind trip! Bon voyage! 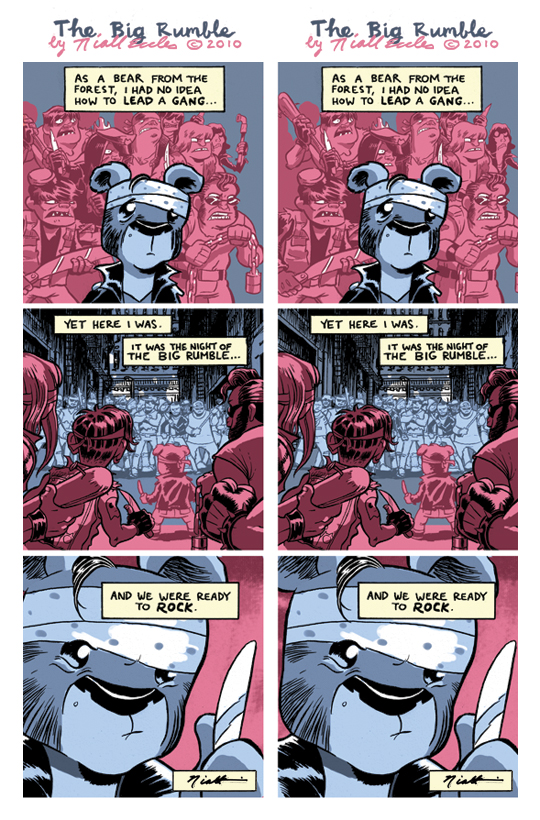 The same 'highly-technical' 3D-ifying process employed in the strip above was also used in a special limited edition poster I created when Character Of The Day appeared at TCAF (The Toronto Comics Arts Festival) in 2011 - since we're in a STARE-O-VISION frame of mind, figured I might as well include it here! The poster was silkscreened by hand by Chrissy Poitras of Spark Box Studio in Picton, Ontario, and features an oddball assortment of COTD characters POPPING INTO YOUR VERY EYES! (Gah!) Anyway, I still have some of them left if anyone would like to buy one - please just write me if so (characteroftheday@gmail.com).

Because YOU DEMANDED IT (okay, well, one person did at least)... more Rumble Bear! (How did that street fight turn out anyway?). Coming soon to a 50s movie palace (or computer screen, whichever - watch this space) near you!