- July 31, 2013
Today's character is a photograph. Well, actually, it's a drawing that has been photographed.

This is Drawlyfish, looking all glowy and such. He looks that way because he's part of a lantern, you see. Back in April 2013, local arts residency/studio Small Pond Arts organized something called the Prince Edward County Firelight Lantern Festival, which turned out pretty cool! There was, like, a parade and performers and lights and luminescent phantasms and undersea kings. Don't take my word for it - go look!

Anyway, how is this relevant today, since it's now July? Well back in April, The Monthly Prince Edward County Comix Jam decorated a couple of lanterns for the festival (which had an underwater theme) and the ink-slingin' jellyfish pictured below was my contribution to one of the lanterns.

And... tonight is the last Wednesday of the month, which means it's time for another Monthly Prince Edward County Comix Jam. These jams are organized by local illustrator Carl Wiens and anyone can come to them and participate. You just have be willing to drink, draw or do neither of those things. 7pm at the Acoustic Grill in Picton - as I said, on the last Wednesday of every month. If you're curious and live in the area and you feel like coming out to draw comics and shoot the breeze, of course you're invited!

So back to Drawlyfish: tonight, I'm finally bringing the undersea Comix Jam lantern BACK to the Comix Jam! Since the lantern as a whole turned out really well and several different artists worked on it, it'll be interesting to determine who gets to keep it once and for all. All I know is that I basically stole it after the Firelight Festival but have been meaning to bring it back ever since - I swear!

But tonight... tonight I will return Drawlyfish and the other fishy creatures on this lantern to their rightful place in the frothing, foaming, inky squinky sea that is the Monthly Prince Edward County Comix Jam! 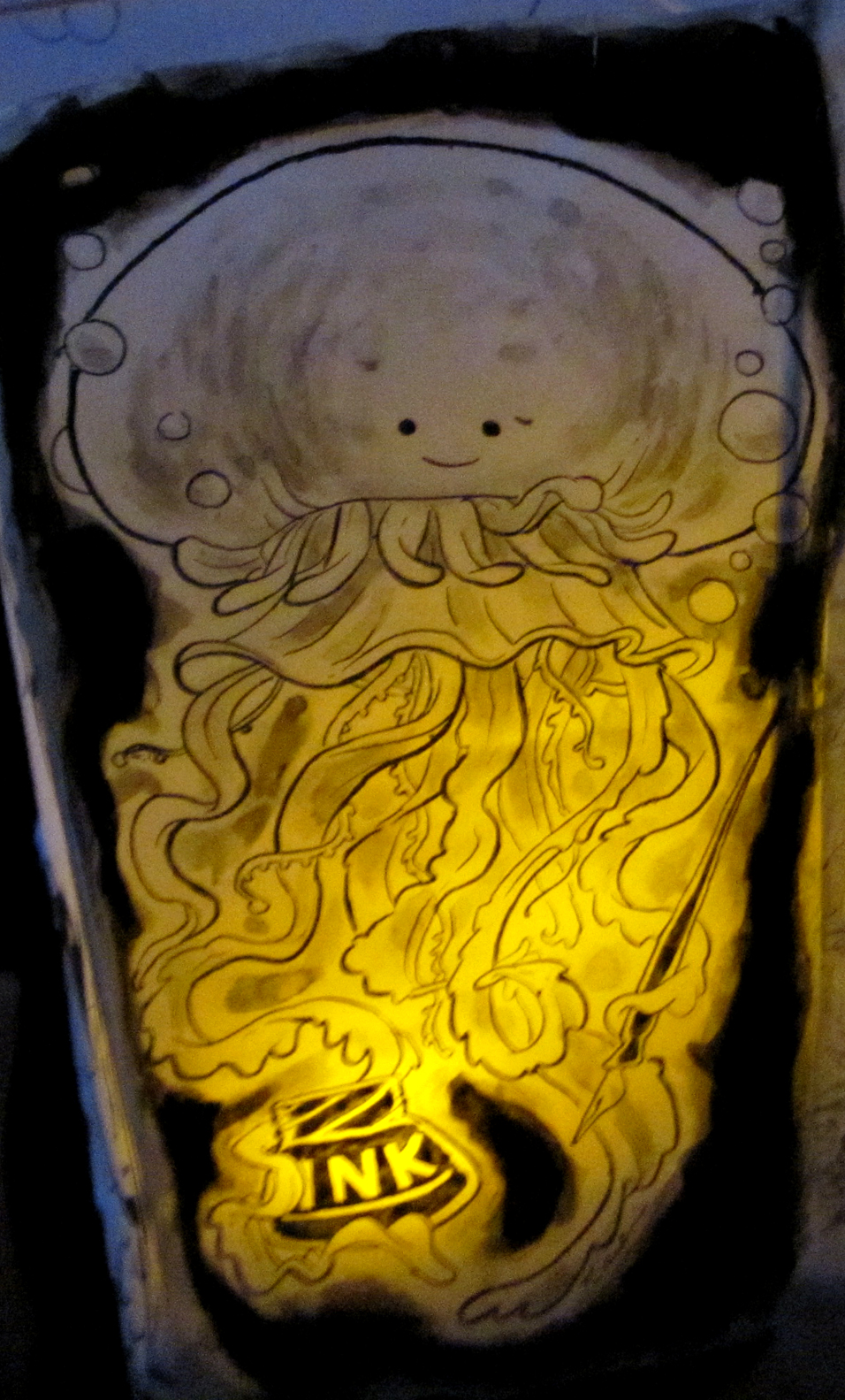