I've been thinking lately how much I miss the random surrealism of Character Of The Day's earliest content, where the majority of the character posts to the blog and to Facebook were simply embellished sketches and doodles. That was good times! And, as much as I enjoy shaping one-off jokes or adding to longer stories a little bit at a time, I figure there's got to be a place around here for simple, design-based characters as well.

Take, for example, today's character: Pineapple Paul. He's just a random, quirky sketch - nothing more to him than that. But you never know - maybe we'll see him again sometime... Maybe he's got friends and family and things he wants to do and a whole world to explore. Maybe he's got a specific reason for living on a volcano, or for wielding that club. Maybe not - it doesn't matter. Ideas come from other ideas and, to me, that's what Character Of The Day's new Sludgecake gallery is all about: poking, prodding and playing around with sketching and design.

There's only one character in Sludgecake for now - but, of course, more to come! 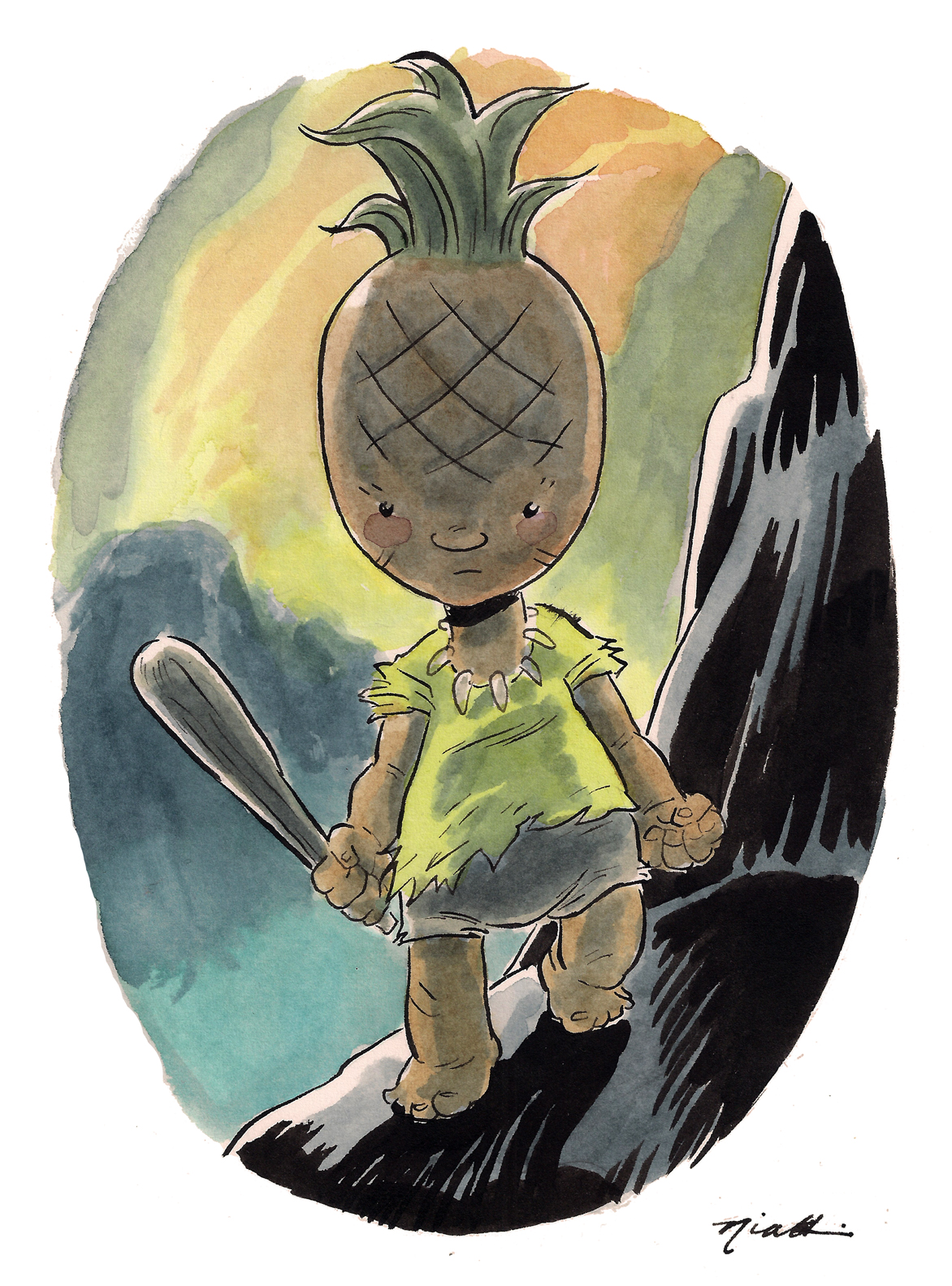