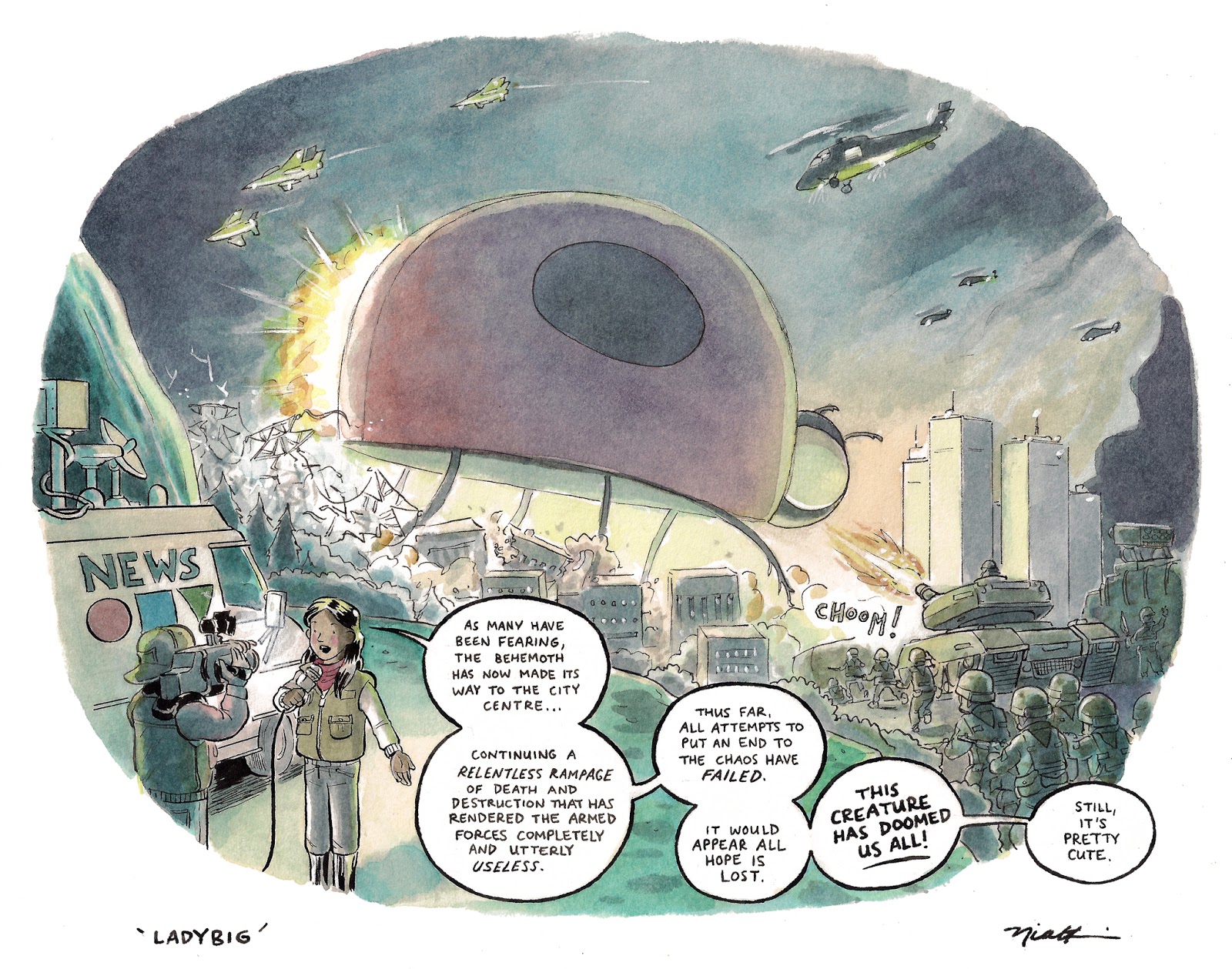 And thus concludes 'Character Of The Day' Year 4!

Nothing like some rampant destruction to see things out with a bang.

Thank you to anyone who has encouraged these daily cartoons over the past year, especially at times when things were kind of rocky (it happens sometimes). Your kind comments, likes, faves, notes, retweets, reblogs, plus ones, shares - each one of those always feels like a 'Hey, Niall, keep on going'. And I appreciate those little nudges a whole lot.

Just knowing that there are at least a few people who kind of 'get' Character Of The Day, who follow it daily or check in every once in a while hoping to catch up, makes me feel like I'm not totally insane for wanting to do it in the fist place. Friends of COTD, you are my favourite characters.

So, Year 4 has ended and it's now a two week break for COTD. While it's not a vacation (I'll still be working on things - plenty of things), I won't be posting new cartoons. It doesn't mean you won't hear from me. I'll probably be writing and posting over that time more than I usually do.