- August 22, 2018
From the COTD archives. When I originally drew this series of cartoons featuring various bigfeet, I was somewhat on the fence about the phenomenon. These days, however, after listening to many episodes of Sasquatch Chronicles and other podcasts on the subject, I’ve gotta count myself among the Bigfoot believers. I just don’t see how there could be so many people who’ve had first-person Sasquatch encounters and have them ALL be lying or mistaken. It doesn’t make sense. So, generally, I believe people when they have a remarkable tale to tell. I also don’t think people should be stigmatized for speaking about experiences that defy explanation. Why scoff when you just never really know what interesting characters are out there, waiting for you just beyond the tree line? 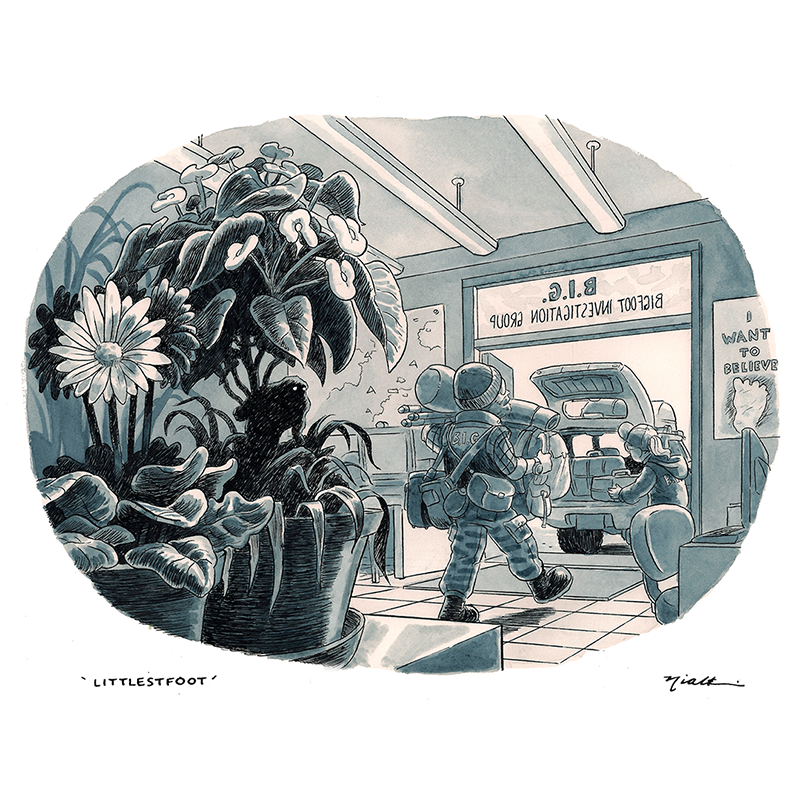 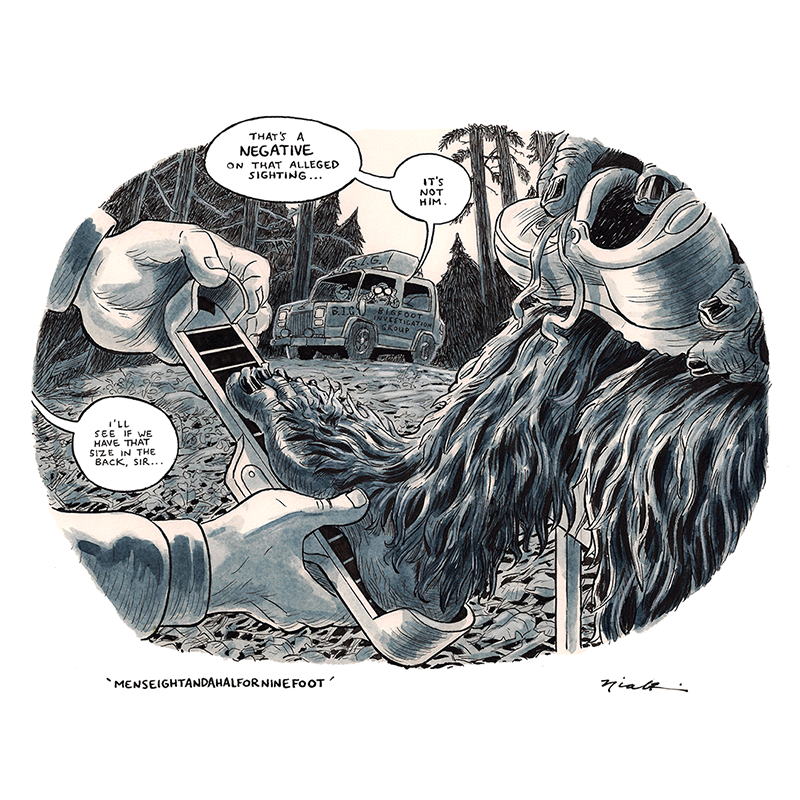 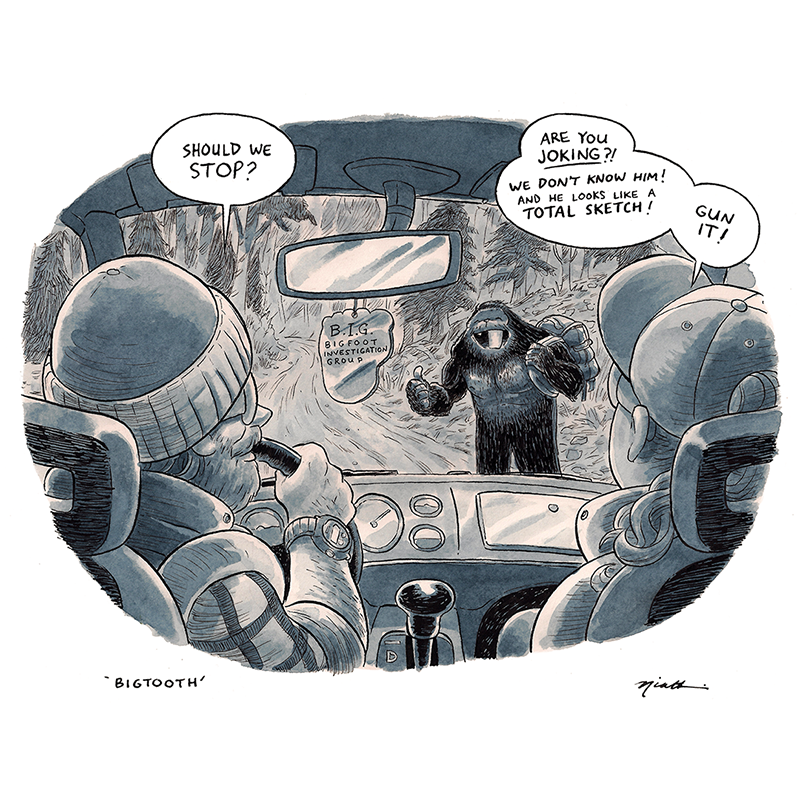 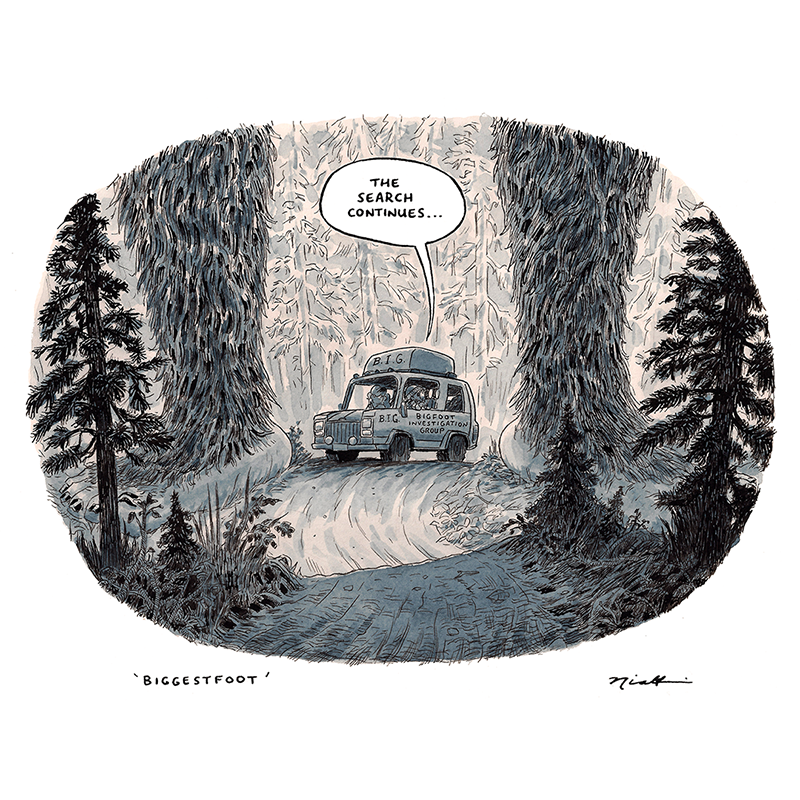