But, I wanted to let you know that I've started drawing 'Characters Of The Day' again, after a long hiatus. It's true!

I already started posting daily characters on social media. You can find COTD on Instagram and Facebook. I've been doing it for about three weeks now, and, so far things going are ok, thanks for asking. I've been really enjoying creating new cartoons and also dusting off characters who have already appeared in Characters Of The Day and giving them new things to do. But, I also wanted to get back into posting on this blog too. So, I think 'Escape Artist' is an appropriate one to restart the character flow in this space. It somewhat reflects how I feel about this cartoon and comic strip series lately: it's a pleasure to create, and also a wonderful escape. Hopefully, as I build it up again, a little bit at a time, it will be for you, the reader, too. 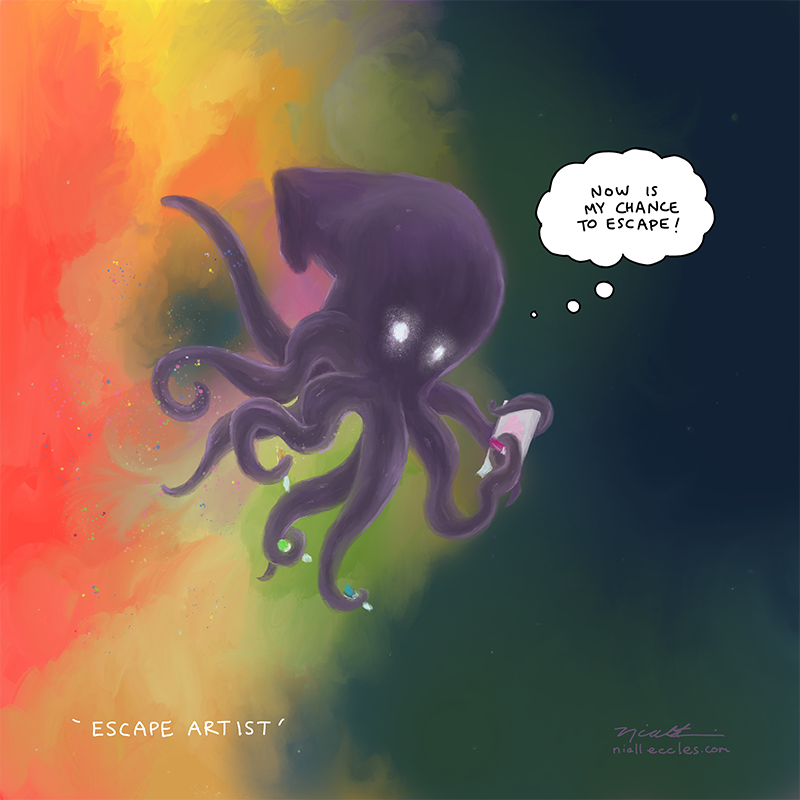