Cartoons, comics and scenes from my neck of the woods: Prince Edward County, Ontario!

The first thing you're going to need to know is that people around here just call it 'The County.'

It doesn't really matter if you're in another county nearby - when you're talking about THE County, you probably mean this one. As you see, it's pretty much an island - it barely even touches any other counties at all. It's no wonder we're so self-obsessed with this 'the' business - we're just isolated. You may have noticed that two of the towns on the map are named Picton and Wellington, but this island is not New Zealand, which has towns of the same name. No, this magical land of enchantment is officially known as Prince Edward County and it is on the northern shore of Lake Ontario in Canada, somewhere between Toronto (to the west) and Montreal (to east). 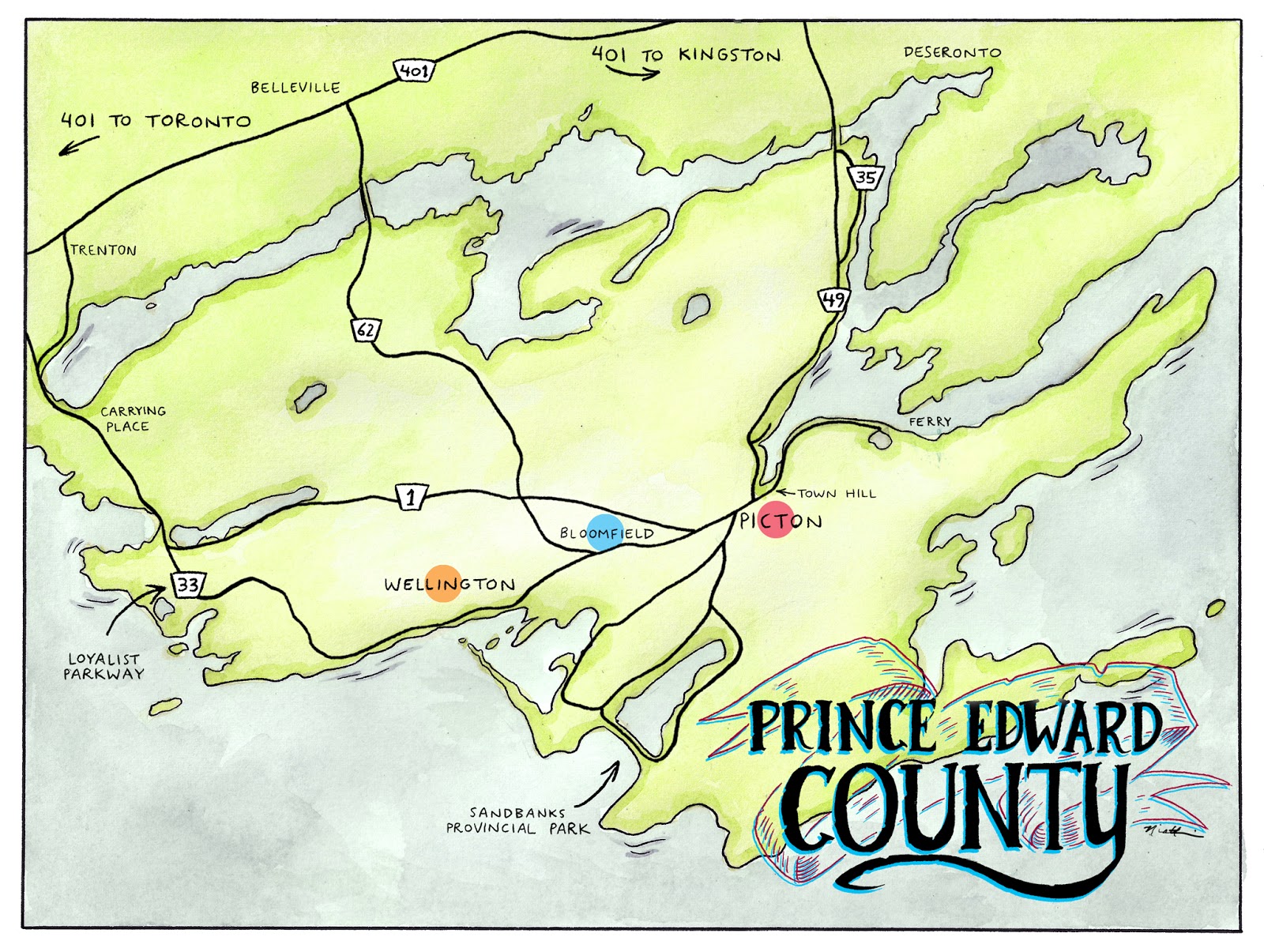 The images you'll find in this 'County Comics' gallery aim to paint a kind of ever-evolving picture of the area in which I live. I intend to flesh it all out a little bit at a time, adding words here, pictures there, drawing inspiration from various local people, towns, landscapes, and experiences so that, eventually, hopefully, you'll begin to think of Prince Edward County as a character unto itself. I don't believe it's possible to present it all objectively, though - I wouldn't even try to represent all the various facets of everything and everybody to be found here. No, 'County Comics' is pretty much this place as I see it. It's simply one cartoonist's interpretation of what I feel is a pretty special place: my hometown Picton and the County known as 'The'... I hope you enjoy it! 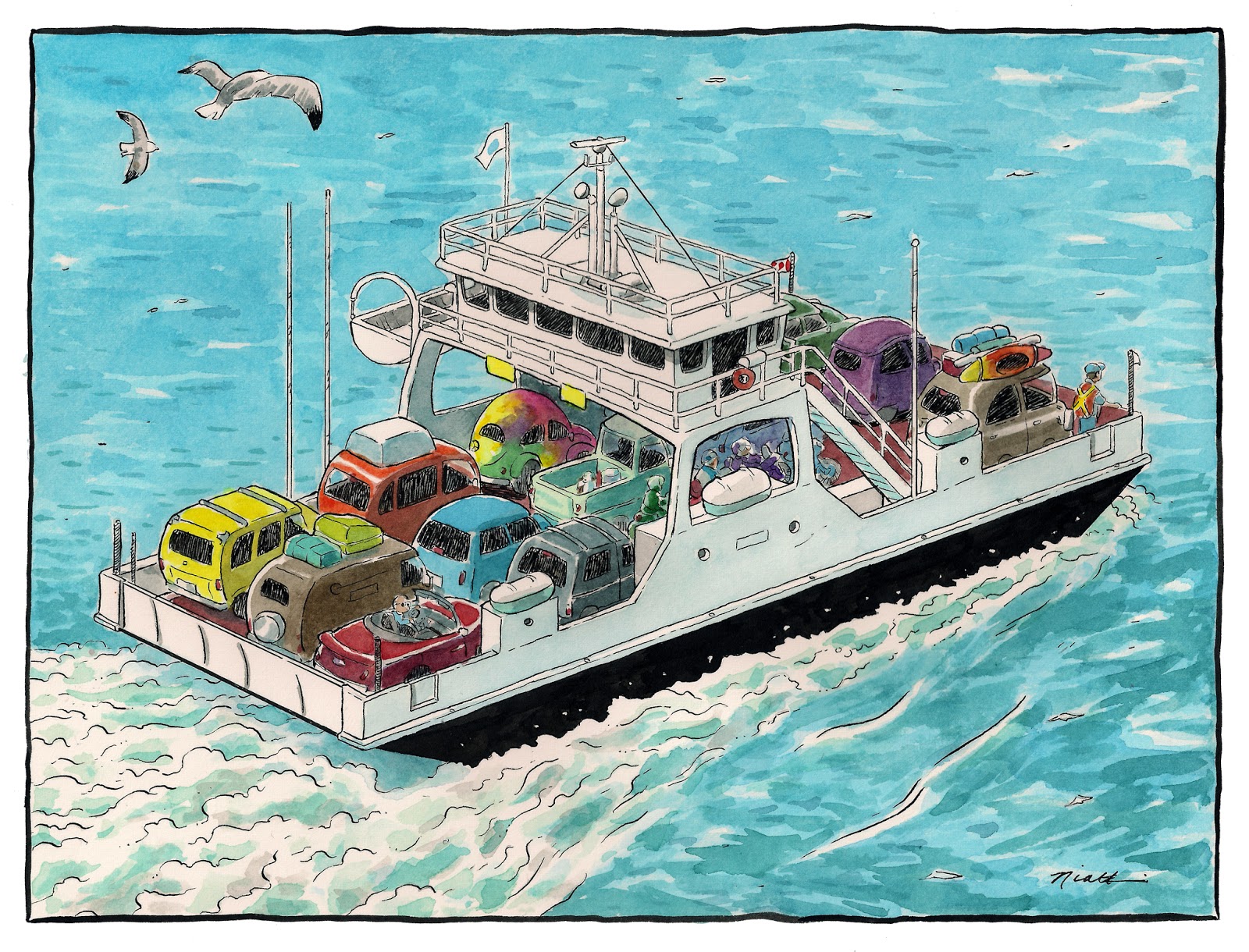 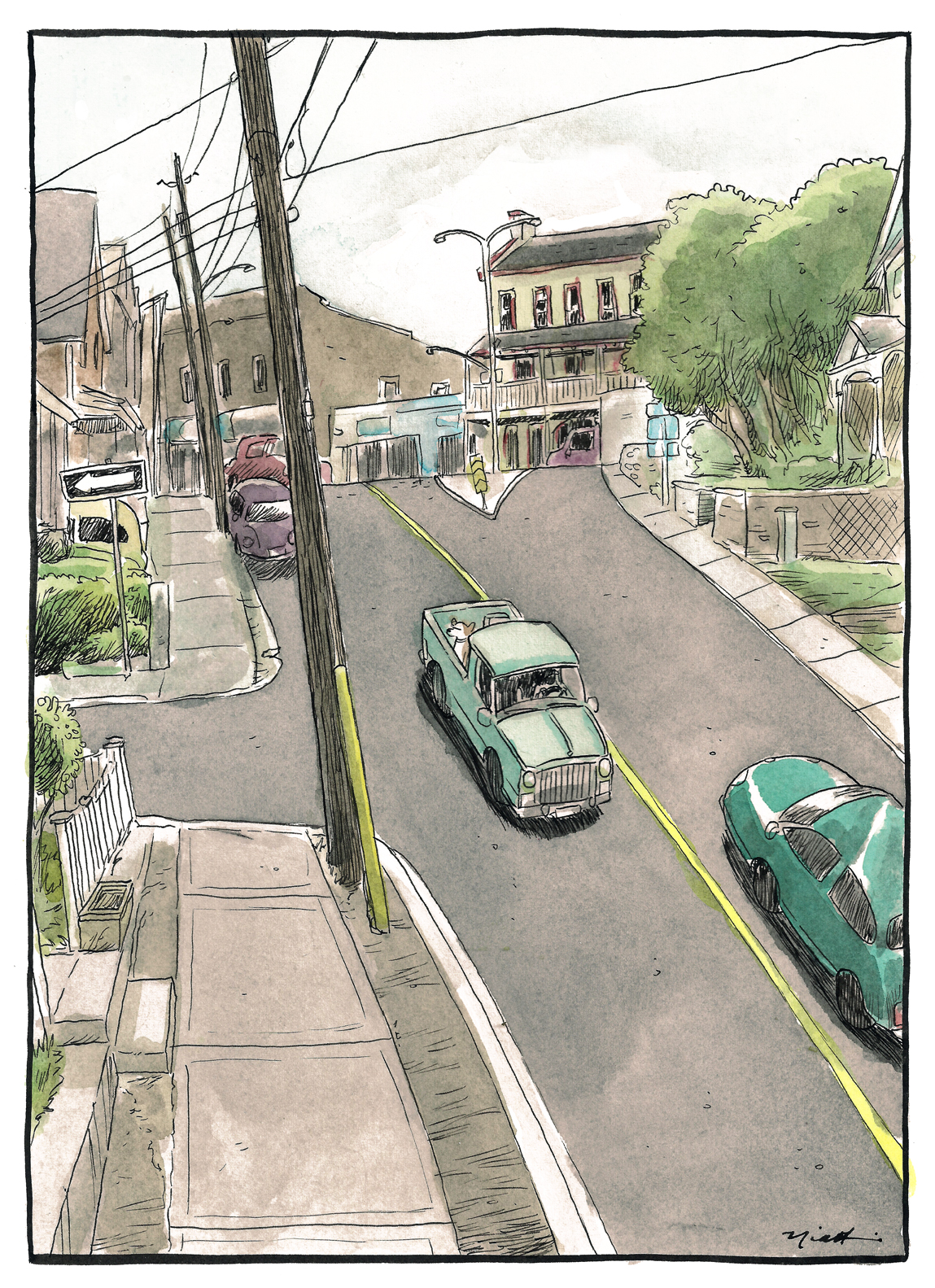 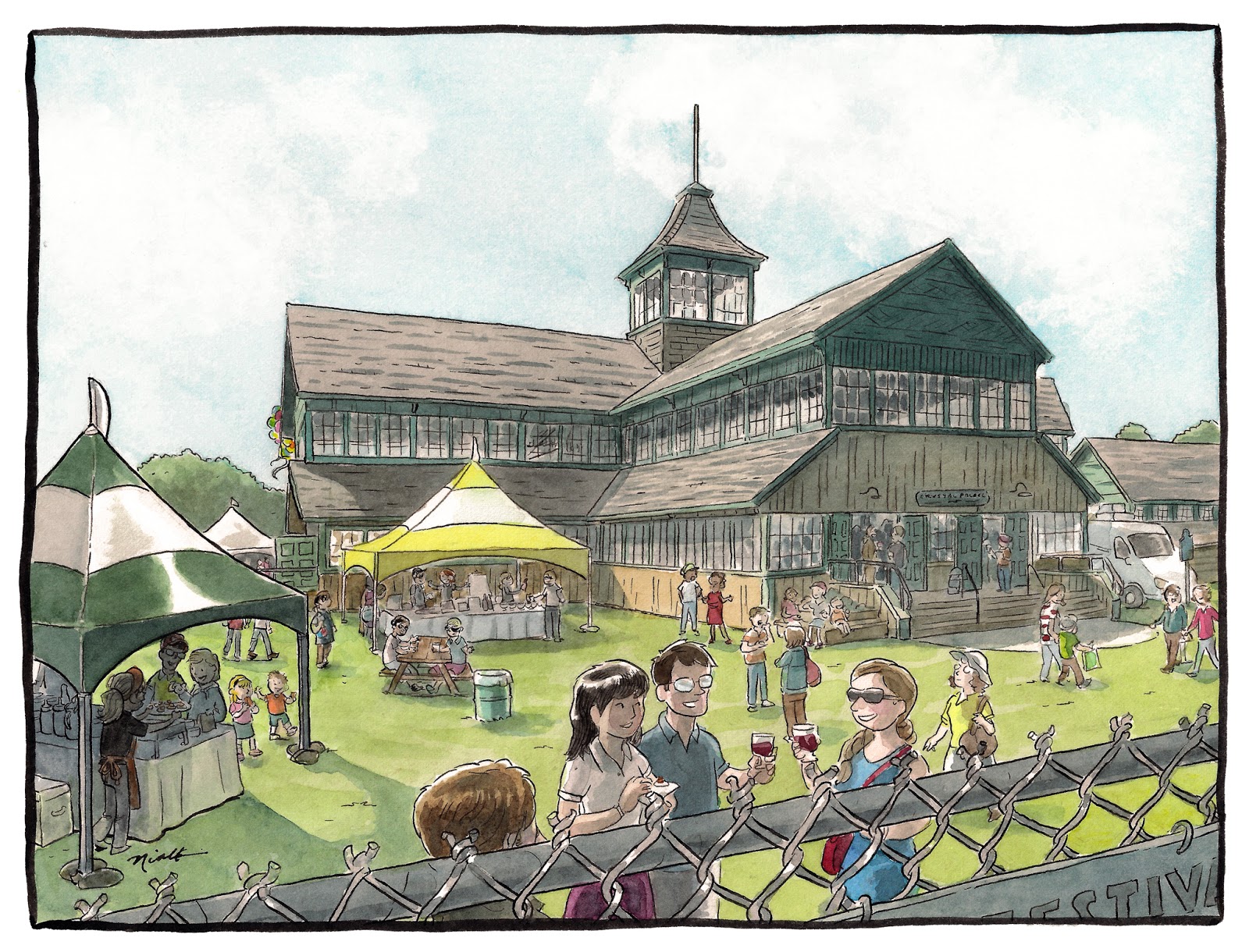 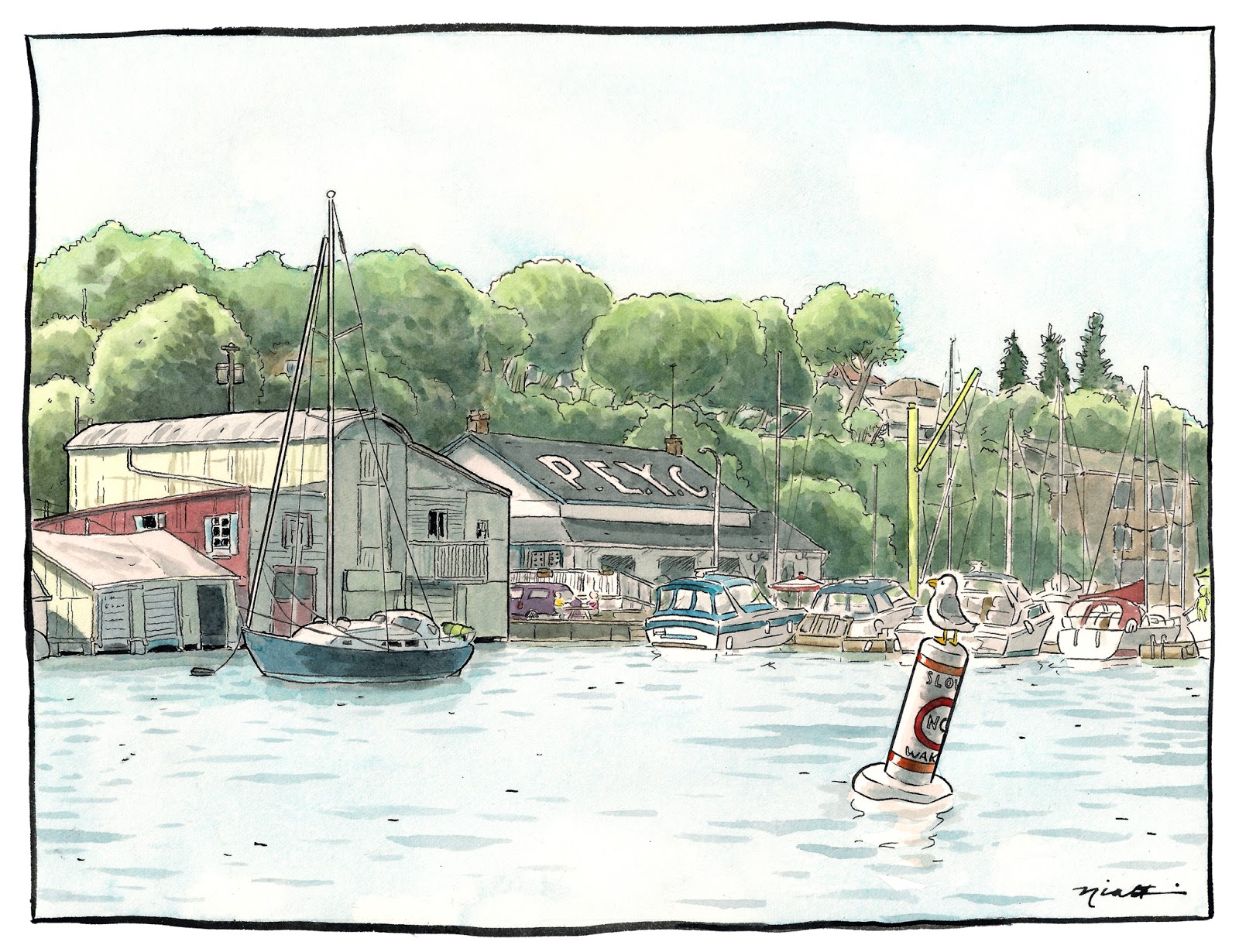 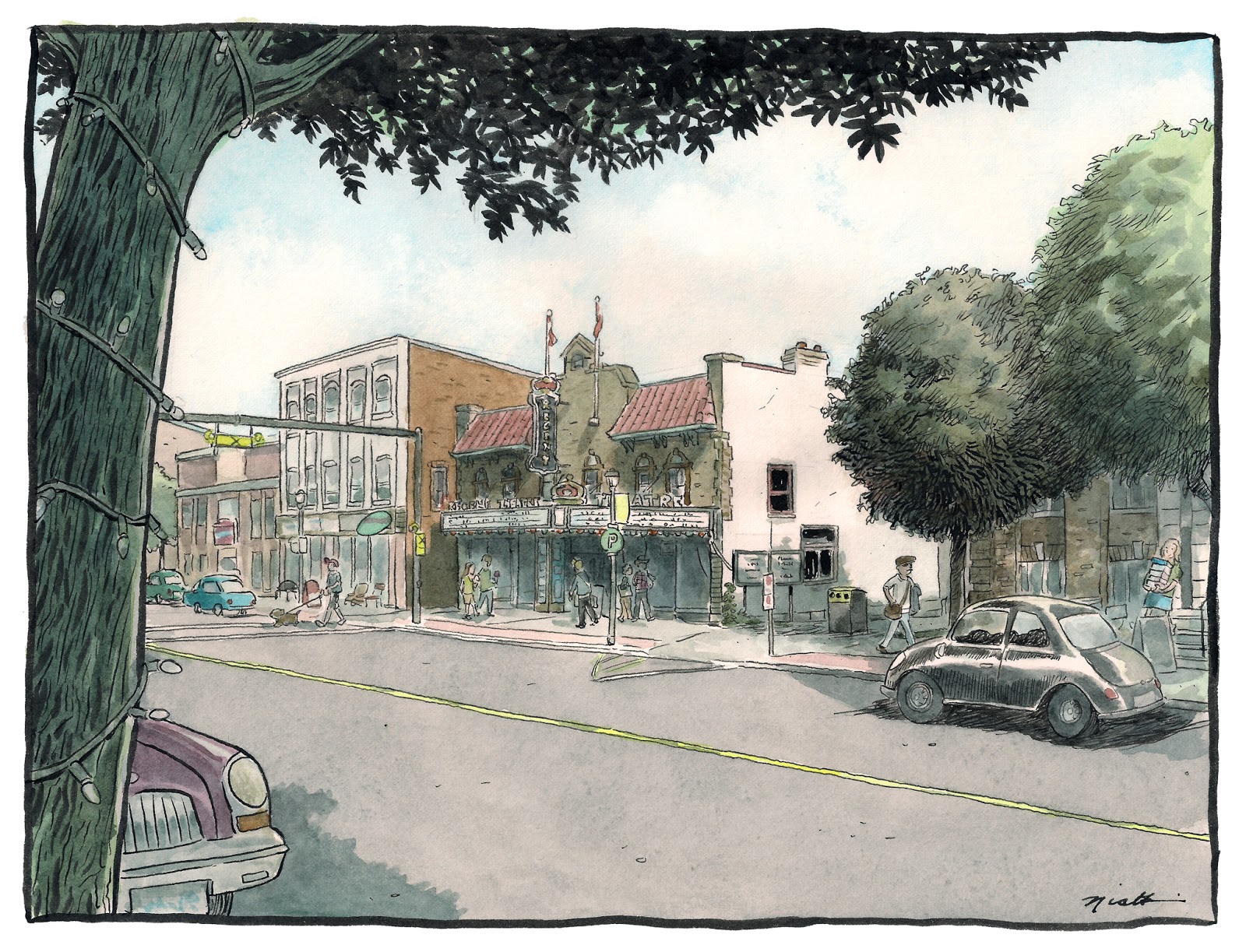 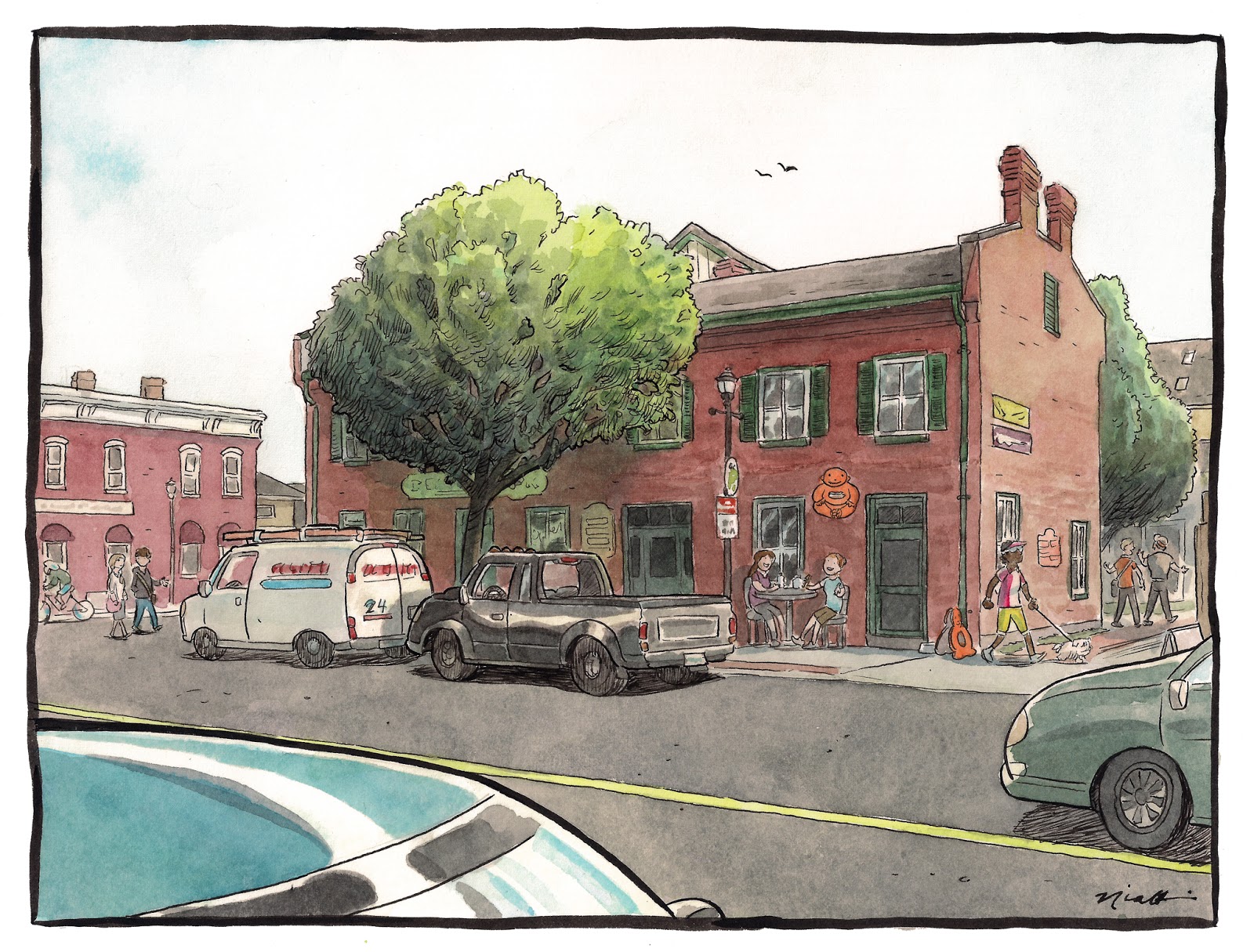 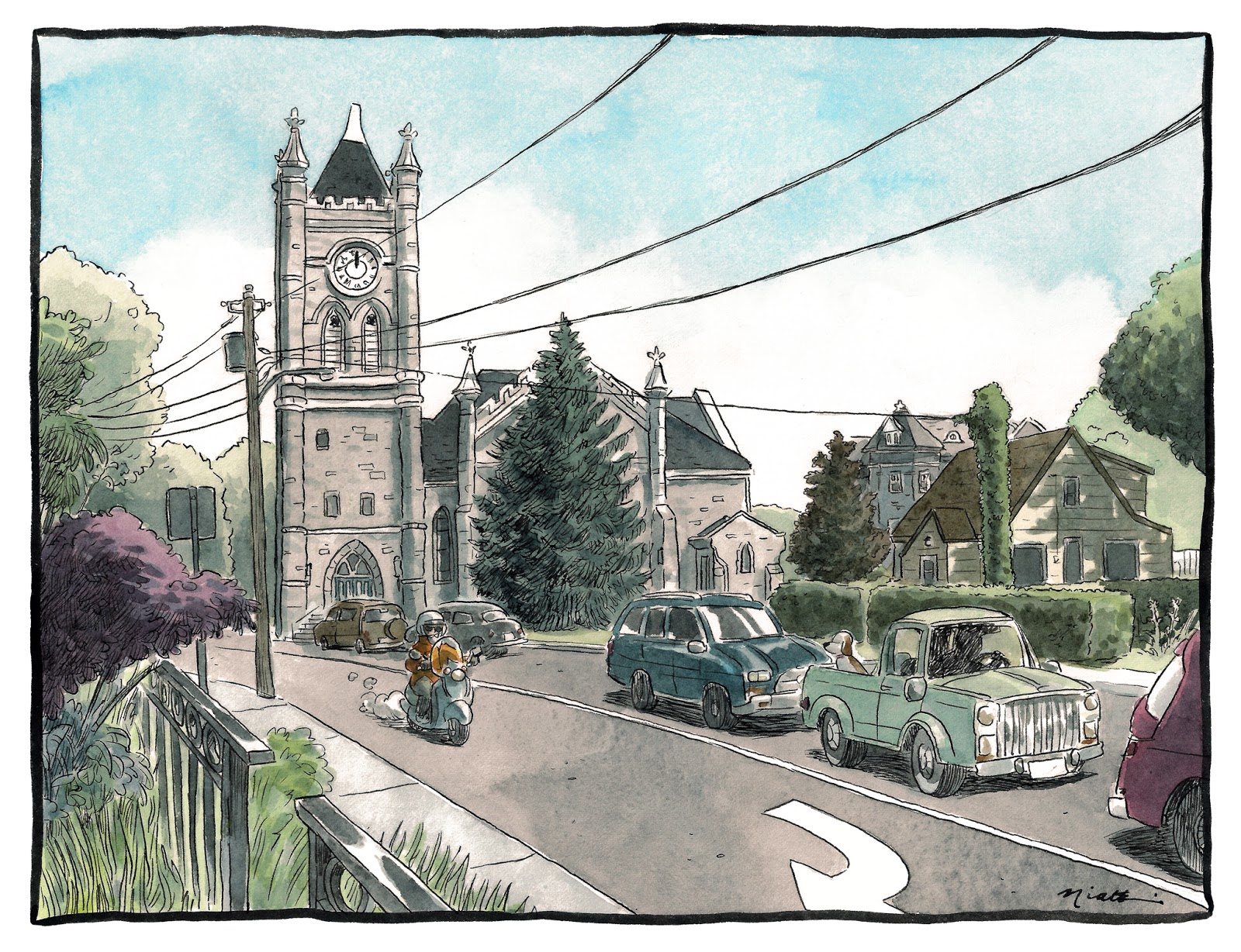 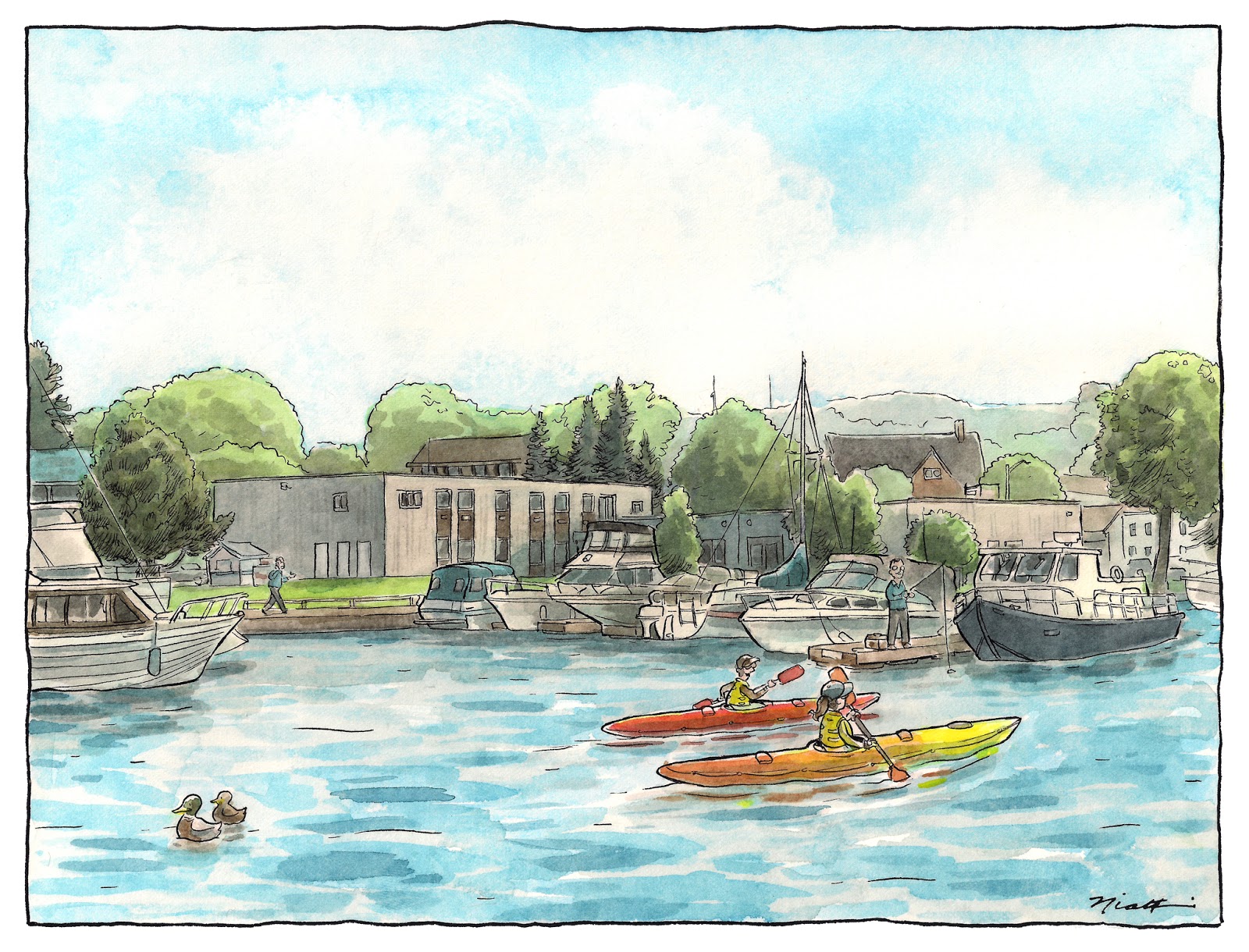 The Tip Of The Bay, Picton Harbour

These were two of the very first images I ever made for County Comics - back in 2009. They don't really fit here with these other images, from summer 2013, but as soon as I get more fall and winter scenes finished, I'll slot them in with those, and they should stick out a little less like sore thumbs. 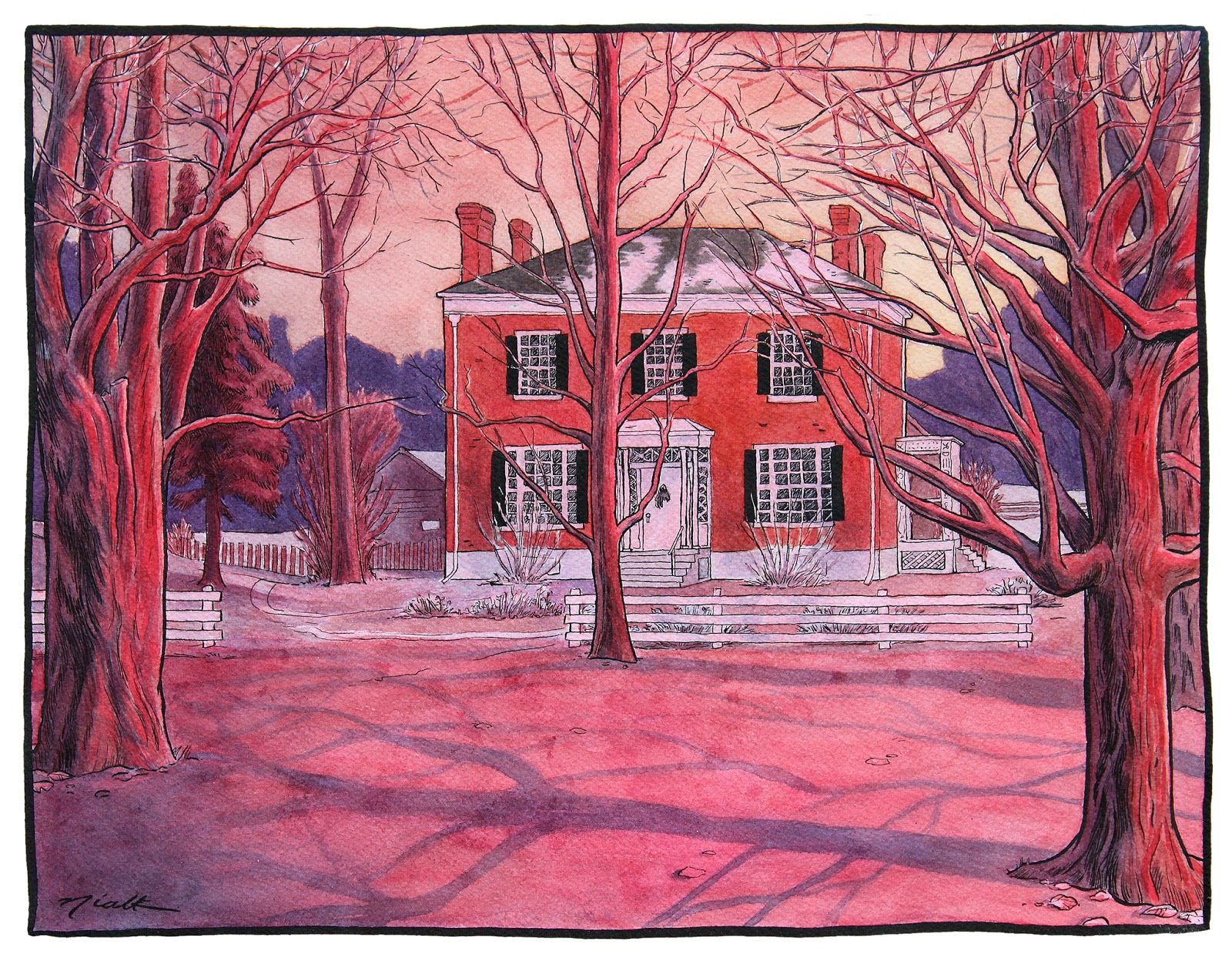 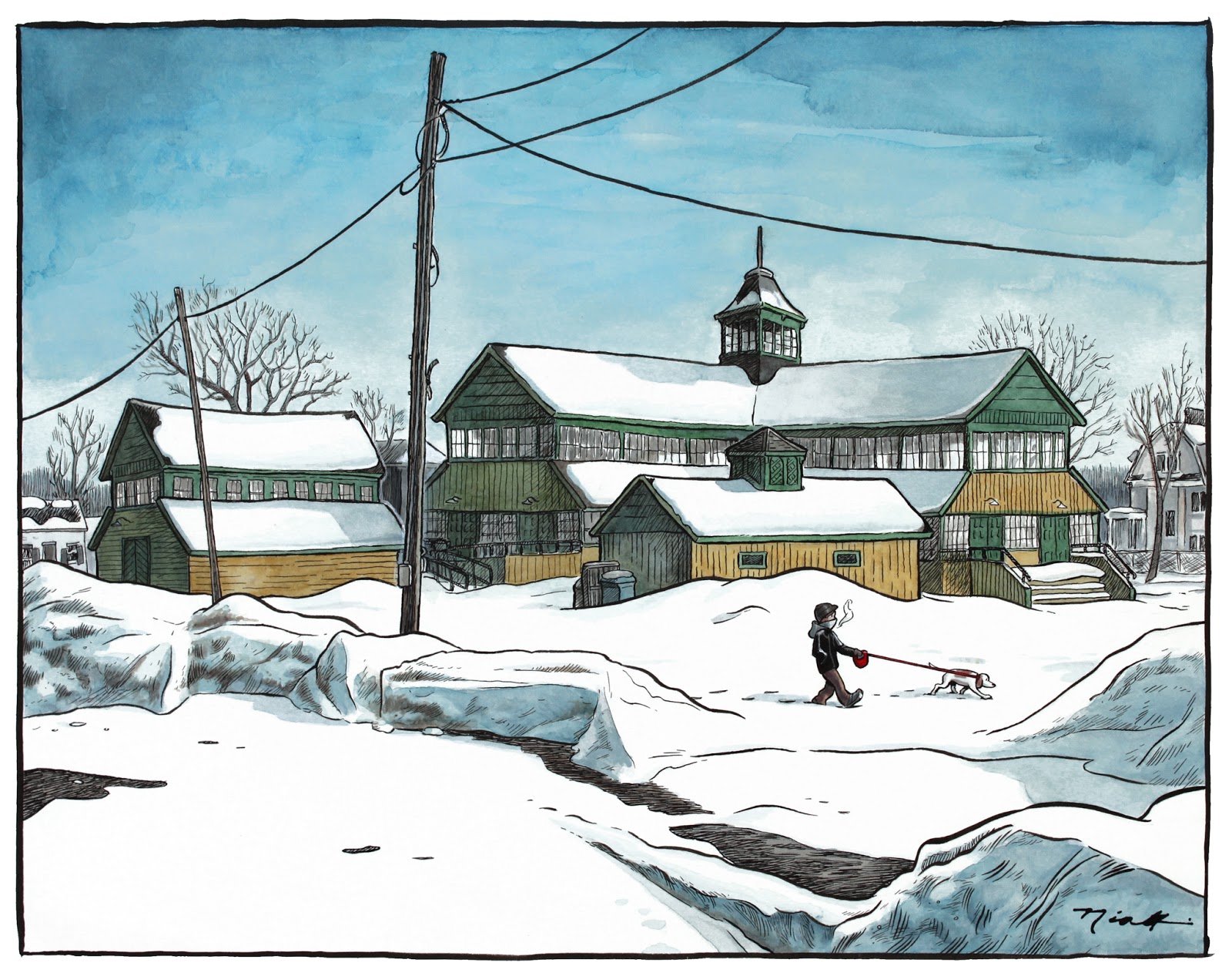 County Comics had an official launch party at Buddha Dog in Picton on June 7, 2013 - click here to see a few pics!